Twelve year old Marcus Brewer lives with his chronically depressed single mother, Fiona Brewer. Both Fiona and Marcus beat to their own respective drummers. Marcus will do whatever he can to make his depressed mother happy, even if it causes himself grief. As such, he realizes that he is perceived as different than most kids, as even the self-professed weird kids don't want to hang out with him as he is the target of bullying. Part of the taunts against him are the fact that he sings and speaks to himself without even realizing that he is doing it. Meanwhile, thirty-eight year old Will Freeman is a slacker who has lived comfortably off the royalties of a song written by his deceased father, and as such has never had to work a day in his life. He is a solitary man who places himself as the first and only priority in life. He comes across the idea that dating single moms meets his selfish needs. It is in this capacity that Will meets Marcus, as one of Will's single mother conquests, Suzie, is friends with the Brewers. His pursuit of the single mother takes him to one of the group picnics where he meets Marcus. When Suzie and Will return him back home, they find Fiona in the living room, overdosed on pills. After this incident, Marcus begins to be uncomfortable with staying at home, due to his mother's condition. He follows Will, and deduces that he is single, childless. He appears on Will's doorstep, trying to blackmail threaten Will into dating his mother, in hopes that Fiona will no longer be depressed if she has a boyfriend.

Trying to escape his life but wanting Will to date Fiona, Marcus infiltrates Will's life, much to Will's chagrin.  After many afternoons of an apathetic limbo, Marcus is chased to Will's apartment by bullies, and Will begins to realize the importance of his presence in Marcus's life. He starts helping Marcus to fit into the modern adolescent world.

Marcus comes home from school one day to see his mother sitting on the couch crying and he decides that the only way to help his mother is to sing at the school variety show.Will implores Fiona not to commit suicide again. She assures him that she has no plans to do so in the immediate future. Fiona reveals that Marcus is going to sing at the school show and the two rush there to stop Marcus from committing social suicide. Will makes his way backstage in an attempt to stop Marcus from singing. Marcus isn't swayed and says "My mum wants me to sing it. It'll make her happy."

The audience of school children taunts him until Will comes onstage with guitar to accompany Marcus for the rest of the song. With Will's assistance, the school children accept Marcus' performance, giving him mild applause at the end. Seeing this, Will continues to perform an unnecessary solo, with the intent that the school children would remember the performance only for his involvement, and not Marcus'.

In other words Will slowly begins to realize that Marcus is more than just a nuisance, but rather someone who needs some guidance navigating through the trials of adolescence and the trials of dealing with a suicidal mother, and perhaps he can be a small part of providing that direction.

Conversely, Marcus may be able to show Will the path to becoming a real adult.

The film ends with Marcus's explanation “I don't think couples are the future. You need more than that. You need backup. The way I saw it, Will and I both had backup now. It's like that thing he told me Jon Bon Jovi said: "No man is an island." 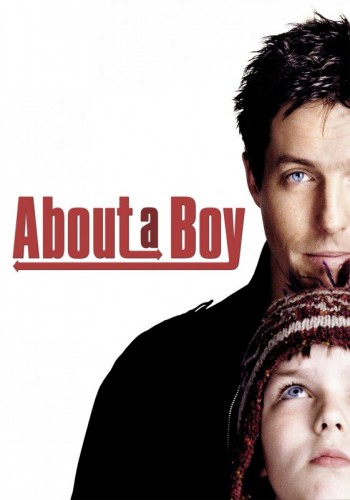